Welcome to the Alumni page for Notre Dame Circle K! We'd like to know what our past members are up to. If you'd like to share your favorite CKI experiences and maybe even give a little advice, we can be reached by email. Check out our Club Leadership page for contact information. 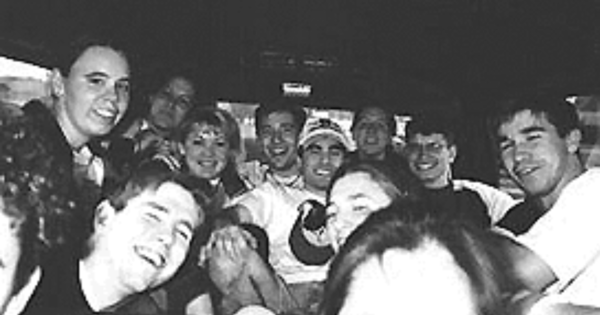 Did you know that donations for football tickets can be earmarked to go to a club of your choice? This is an easy way of helping Notre Dame Circle K do the best job we can of bringing service opportunities to the Notre Dame community. For more information, please contact our treasurer.

"I came across the Circle K website when I was doing a search for Notre Dame. It appears that the club is strong and growing. I noticed under the history of Circle K that the current club was chartered in 1995. It appears that the history of Circle K is not complete as I believe your club to be the 3rd club at Notre Dame. I was charter president of the 2nd Notre Dame Circle K in 1981. The Kiwanis club of South Bend was our sponsor. Our membership was in the hundreds when I graduated. We were very active on campus and in the community, involved in the Center for Social Concerns, and we were the Indiana District Club of the Year twice while I was at Notre Dame. We even tried to get a Key Club started at St. Joe HS... not sure if that took off though. In fact, a member of our club, Scott Bearby, went on to become president of Circle K International. Scott is an attorney for the NCAA in Indianapolis and still active with Kiwanis. Prior to my years at ND, there was another club and one of the members, Tom Schnellenberger, was governor of the Indiana District. I have remained involved in Kiwanis also. We chartered a club in Avon, Indiana 5 years ago and currently sponsor both a K-Kids club and a Key Club... no Circle K yet but we're working on it! Best wishes to you for a successful year!" 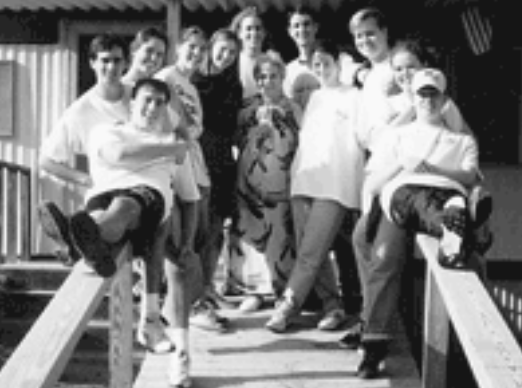 "I enjoyed reading some of the history of the club you have on your site. I was one of the founding members and treasurer of the club in 1995. I also was in charge of the original website (which was pretty weak, but people were just starting to get on the web frequently back then). There were actually 12 of us, it seemed so small - I have copies of the original charter and bylaws as memorabilia. The person who notified you that the history of the club was not complete was absolutely correct. The club died a couple times at Notre Dame due to lack of interest and involvement when the core members graduated. Scott Bearby actually came back after he graduated and was the one who got us to start the club up again in 95. He met Brian Cullen at some event and got Brian interested in the whole concept. Brian and Ray Petrino were my roommates my sophomore year in Grace Hall (95-96). Brian became the first President, Ray was the Vice President, and I was the Treasurer. Brian was really driven to boost membership and we set up some bylaws to prevent the club from falling apart again when the leaders graduated (e.g., you couldn't be President for more than a year, seniors couldn't be officers, etc.). We also set up the VP of Membership and Service positions so that each of those initiatives would get equal attention. Money was scarce since it took us a while to get officially recognized as a club by the university, and we were finally allowed to ask for money, they didn't believe that we would have 100 members the next year. So, we hooked up with the local Kiwanis club to sell lemon chills and ice cream bars at the football games - that helped out huge when the games were hot and funded our trips to state and national conferences. The next year, we really focused on getting incoming freshmen to join the club by organizing social activities and hitting club night at the JACC real hard. We basically had a big party at our booth - it was a blast. Our membership exploded from 12 to over 100. Then it grew to about 200 the next year. The project commissioner positions also gave the members an opportunity to take a leadership role in a project that meant something to them. And the more projects there were, the more opportunities there were to serve. I think people were tired of being in clubs that had meetings but never did anything worth while. We wanted to do something that mattered and it looks like you all are doing a great job keeping that spirit rolling! Rock on!"